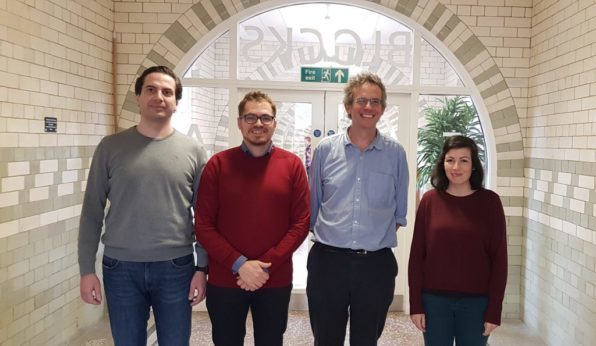 Each year, more and more data about our health is generated. The data comes from a range of sources, from our visits to GP surgeries and Hospitals, to our prescriptions. Analysing such data will be key to a future with better informed policy decisions and health provision, on both a regional and national level.

Though most will agree that huge potential lies in analysing existing health data, unlocking that potential can be a complex process. Much health data is either out of reach for researchers, or only available in formats that don’t make analysis easy, stifling innovation.

We spoke to ARC NWC’s Jennifer Downing, to hear how ARC’s pioneering Place Based Longitudinal Data Resource (PLDR), paves the way for researchers to unlock the power of existing health data.

Jennifer was part of a team that used the data to explore the association between Direct Oral Anticoagulants (DOACs) and hospital admissions for bleeding.

“Our DOAC study is a really good example of what we can do with some of our data. It was the first piece of work that we did using ARC’s Place-based Longitudinal Data Resource, led by Prof. Ben Barr (known as the Integrated Longitudinal Research Resource at the time.)

“What the data-resource does that is really innovative, is that it incorporates lots of publicly accessible datasets that often aren’t in a very accessible format, transforming them into a much more user-friendly format, making them easier to glean insights from. It also contains hospital-related health indicators developed by Kostas Daras using Health Episode Statistics data.

“The DOAC study was the first piece of work we did that demonstrates the potential of this data resource to explore research questions at a population level.”

The DOAC study which was published in BMJ Open, examined whether the introduction of direct oral anticoagulants (DOACs) in England could have increased emergency admissions for bleeding conditions.

“DOACs are very appealing in terms of their efficiency for the health service, you don’t need as regular blood tests and follow up appointments as with warfarin. Many published studies have examined the effectiveness of DOACs in a clinical trial setting, however clinical trials often use very healthy patients and we don’t fully understand the long-term effects of DOACS on patients that have multiple conditions and who might be taking lots of different medicines. So In terms of what has been published previously, this paper is quite different. We looked examined the association between the level of DOAC prescriptions and overall bleeding episodes in hospitals.

“One of the associated concerns we have with DOACs is that without those regular tests and appointments, you can’t be sure that people are taking the medication properly. We don’t really know the impact this is having on adherence at the moment.

Through the study, Jennifer and the team found that the rapid increase in prescribing of DOACs after changes in National Institute for Health and Care Excellence guidelines in 2014 may have been associated with a higher rate of emergency admissions for bleeding conditions.

“We found there was an association between DOAC prescribing and bleeding episodes. There was an increase that was in line with the amount of DOACs prescribed over time.”

The paper concluded that these consequences need to be considered in assessing the benefits and costs of the widespread use of DOACs.

Jennifer highlighted that the ARC data resource is something that is available to ARC NWC members:

“The main thing I’d like to highlight is that these datasets are available for partners to use, and by coming together through ARC NWC facilitated projects we can fully unlock their potential. We just need more of our members to come forward with research questions.”

“It’s important for our members to know that if they have a service that covers a geographic patch, that we can really help them. Help to write things up for them through our writing groups, and help them to better understand the impact a service or intervention could have had.

Prof Ana Alfirevic, who designed the study together with Dr Ben Barr commented:

“ARC NWC offered a great opportunity for collaboration between the Public Health and Pharmacology teams and integrate large population, healthcare and prescribing datasets to understand important drug safety issues. Although DOACs may be easier to administer and in clinical trials, these drugs have shown improved efficacy compared to the most commonly used anticoagulant warfarin, their long-term safety profile is less well investigated. We used longitudinal data, which include changes in NICE guidelines to investigate and compare safety and efficacy of different classes of anticoagulants currently used in the NHS.

“I was invited onto this project after advising on a previous paper involving one of the senior researchers, I found it particularly rewarding to be included in such an interesting study. I have a friend who is treated with Warfarin, and the opportunity to understand the significance of DOAC drugs was of particular interest.

“Being a Public Advisor on the project gave me an opportunity to bring an independent viewpoint to the work, and to ensure that accessible language was used throughout. I’m keen to take forward the skills I’ve acquired onto further investigations with the Personalised Medicine team.”